Opinions/experience of Nil By Mouth? 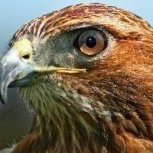