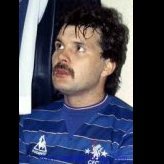 By ChelseaBoy,
November 1, 2019 in Bluenose Lounge